PIERRE VERBEEK CLAVICHORDS
An engineer, involved in risk prevention in an international company in the energy sector, Pierre Verbeek has held several positions of responsibility in Belgium and France. In parallel with his scientific and technical career, as graduate of the Polytechnic School at the Louvain University, he has had a musical education, harpsichord, thorough bass and early ensemble music. He is since 2004 a full-time clavichord and harpsichord maker in Belgium. Self-taught, he has benefited from the encouragement and advice of personalities from the world of the clavichord, in particular Bernard Brauchli, and master instrument makers, notably Laurent Soumagnac and Jean Tournay.

His instrument making activity is divided between two currents. Starting with his 2011 work on the reconstruction of the clavichord in the Palazzo Ducale of Urbino (c.1470), he explores the origins of the clavichord. Pierre Verbeek devotes himself also to the construction of 17th-century German and Swedish fretted clavichords, in particular the clavichord by Johann Jacob Donat (Leipzig 1700), an instrument that appeals to many performers. His international experience has led him to build clavichords for professional and amateur musicians in Europe and in the United States.

He makes his clavichords in his workshop in an early 19th century family owned dairy farm in the village of Daverdisse, located in the Ardennes, in the southern part of Belgium. Needless to say, his instruments are totally handcrafted. Each instrument is made to order from wood grown, cut and air-dried in the Ardennes. This area is blessed with a splendid diversity of trees to include oak, beech, wild cherry, spruce, walnut, maple, elm, ash tree, lime, poplar, pine, pear wood, and more. This allows Pierre to select the best wood for the appropriate purpose. For example, natural pear wood casework is exceptionally solid while maintaining a tasteful appearance and a very fine tone. For soundboards, Pierre selects quarter-sawn spruce from the French Jura Mountains or cypress from Southern France. His workshop specializes in early instruments from the Italian and German traditions. 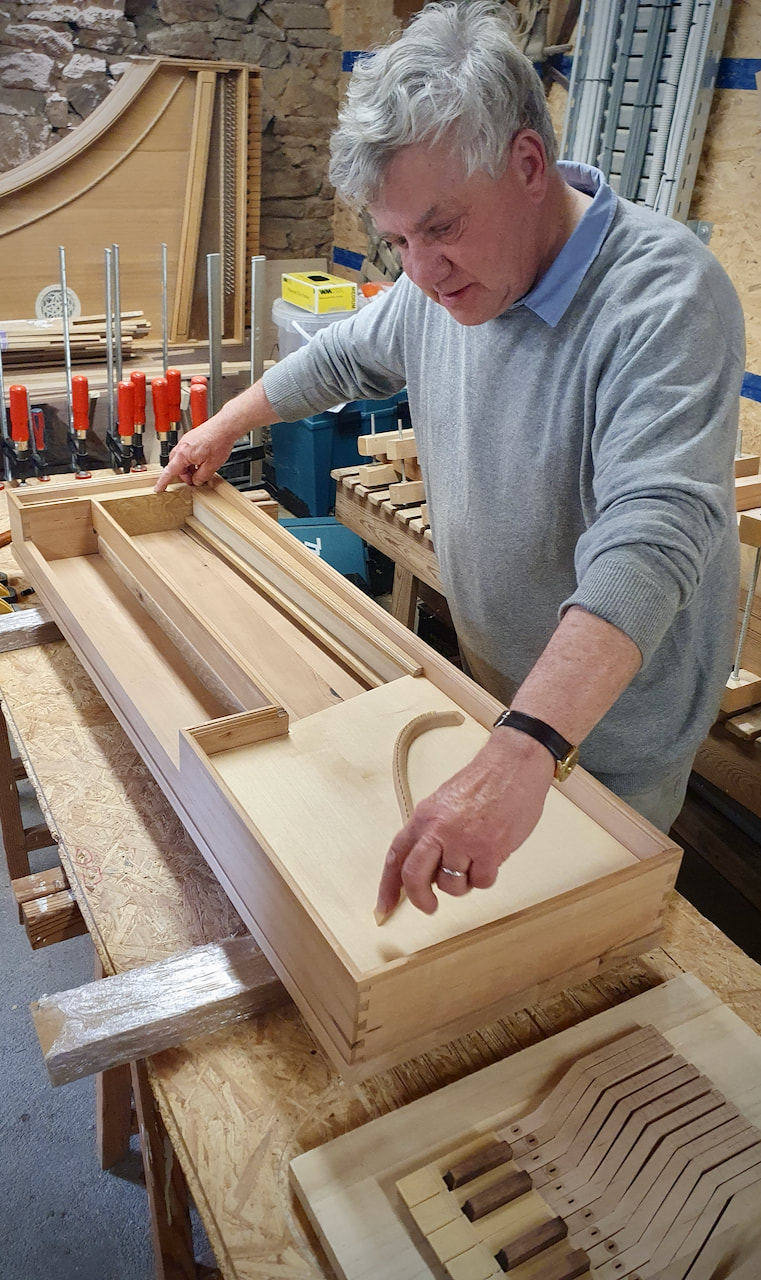 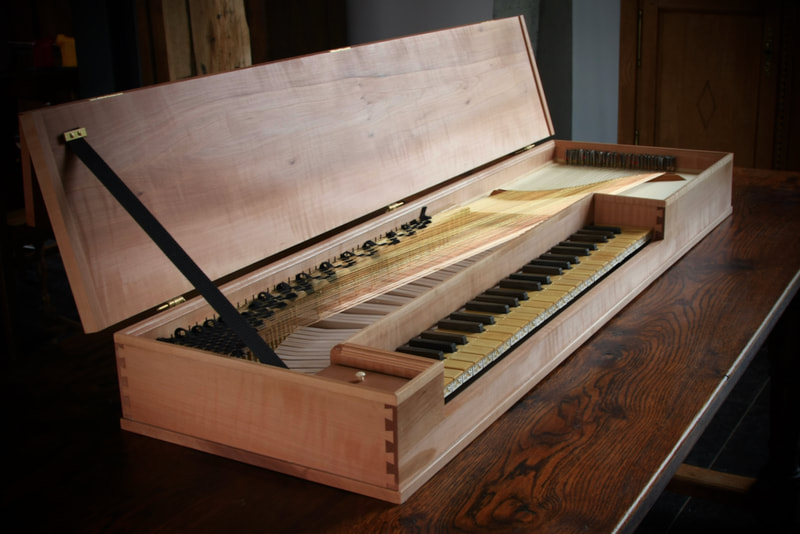 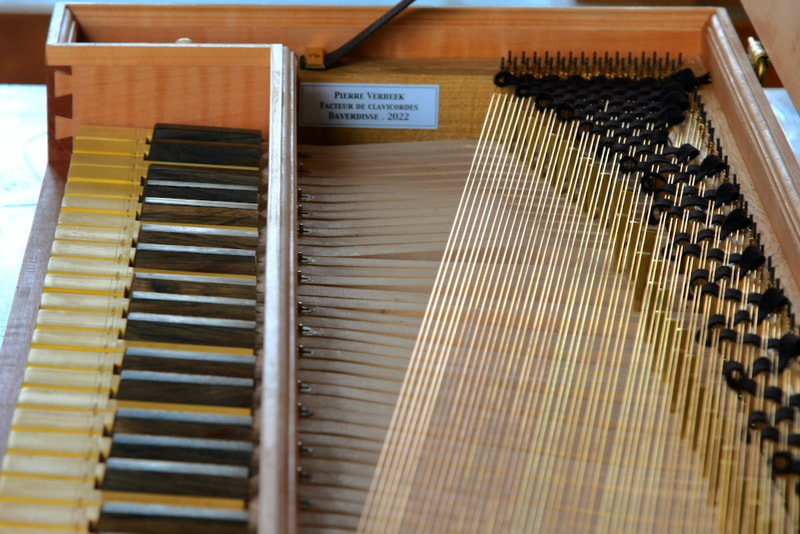 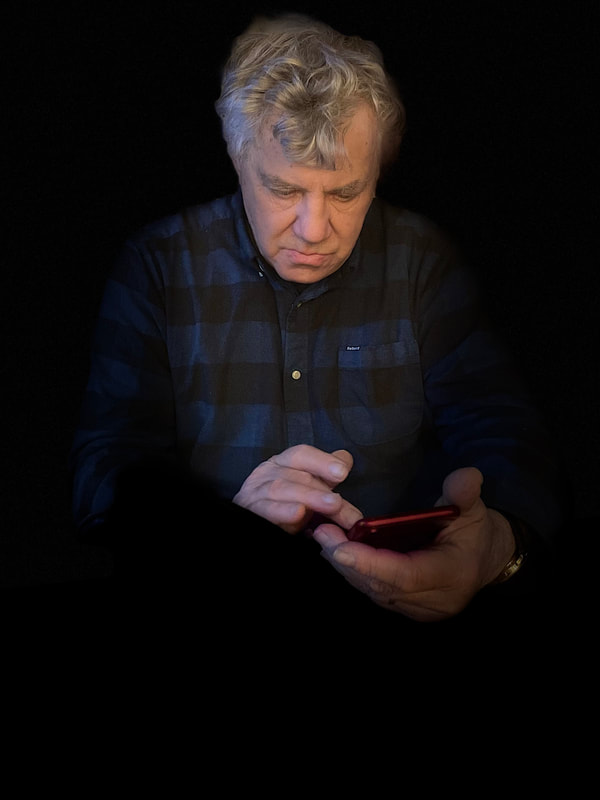